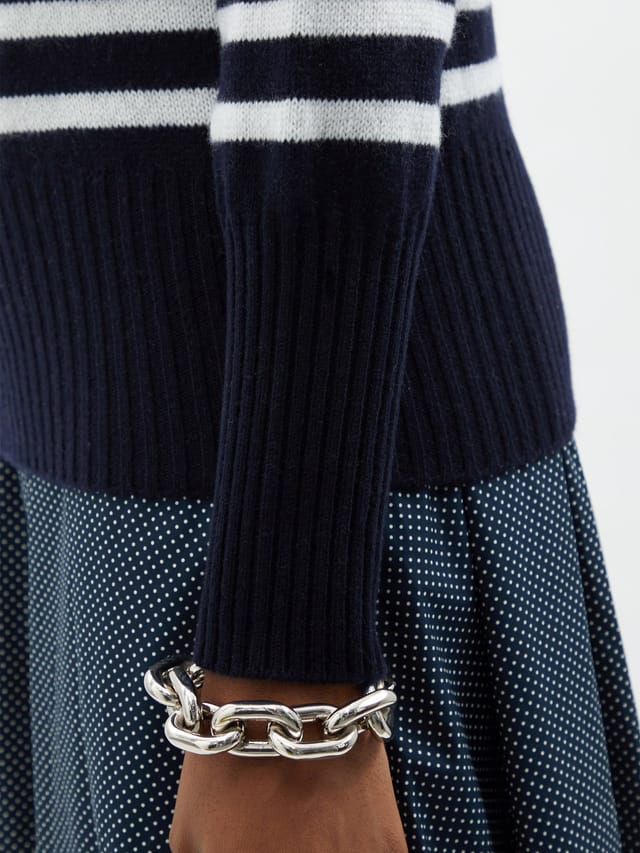 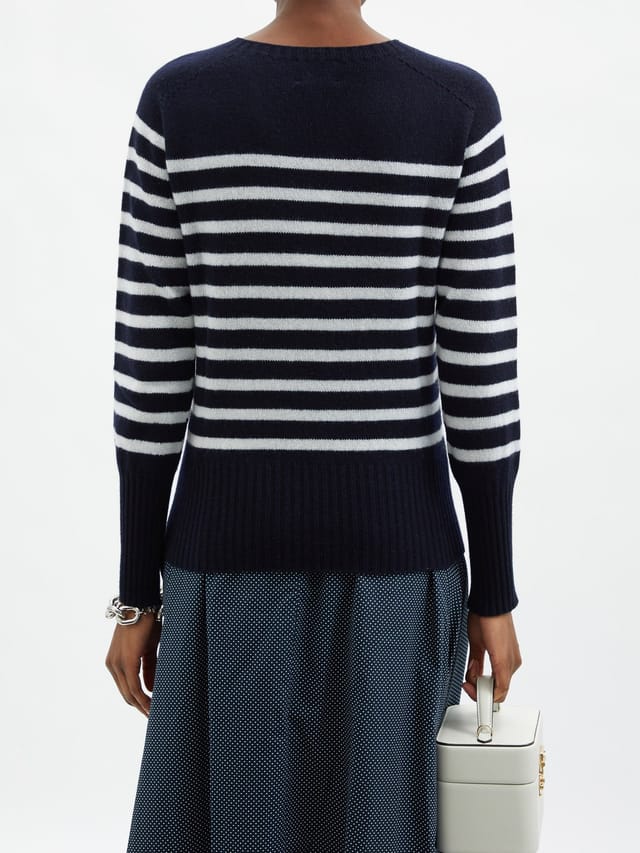 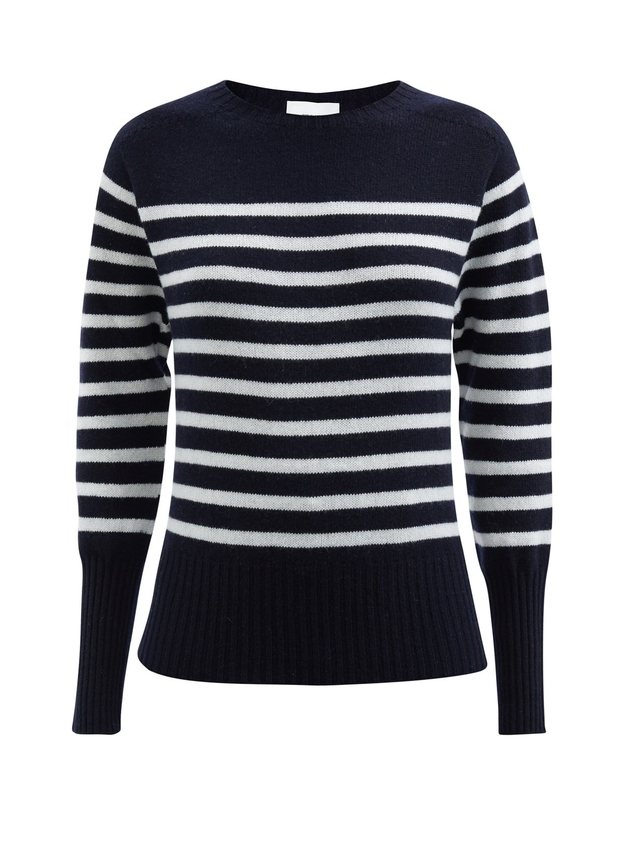 Erdem's navy Lotus sweater is an updated take on the traditional marinière, a striped top originally worn by French sailors and later adopted by 1960s style icons such as Brigitte Bardot and Jane Birkin. It's knitted in Scotland from soft cashmere to a crew-neck silhouette with dropped shoulders and ribbed edges.

London based designer Erdem Moralioglu’s philosophy is to focus on the silhouette, proportions and timeless styling. His pieces feature in the publications like Grazia and Elle.