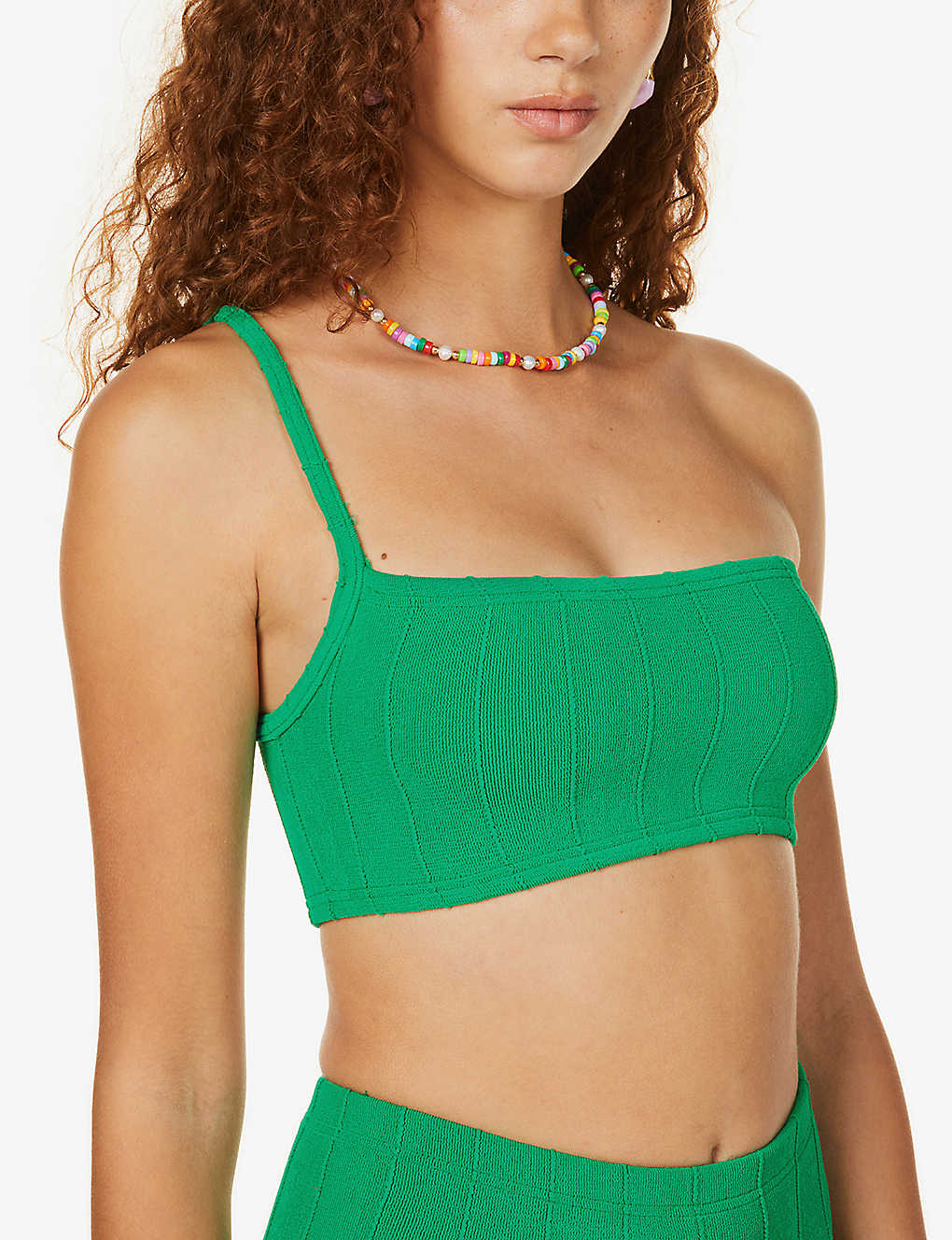 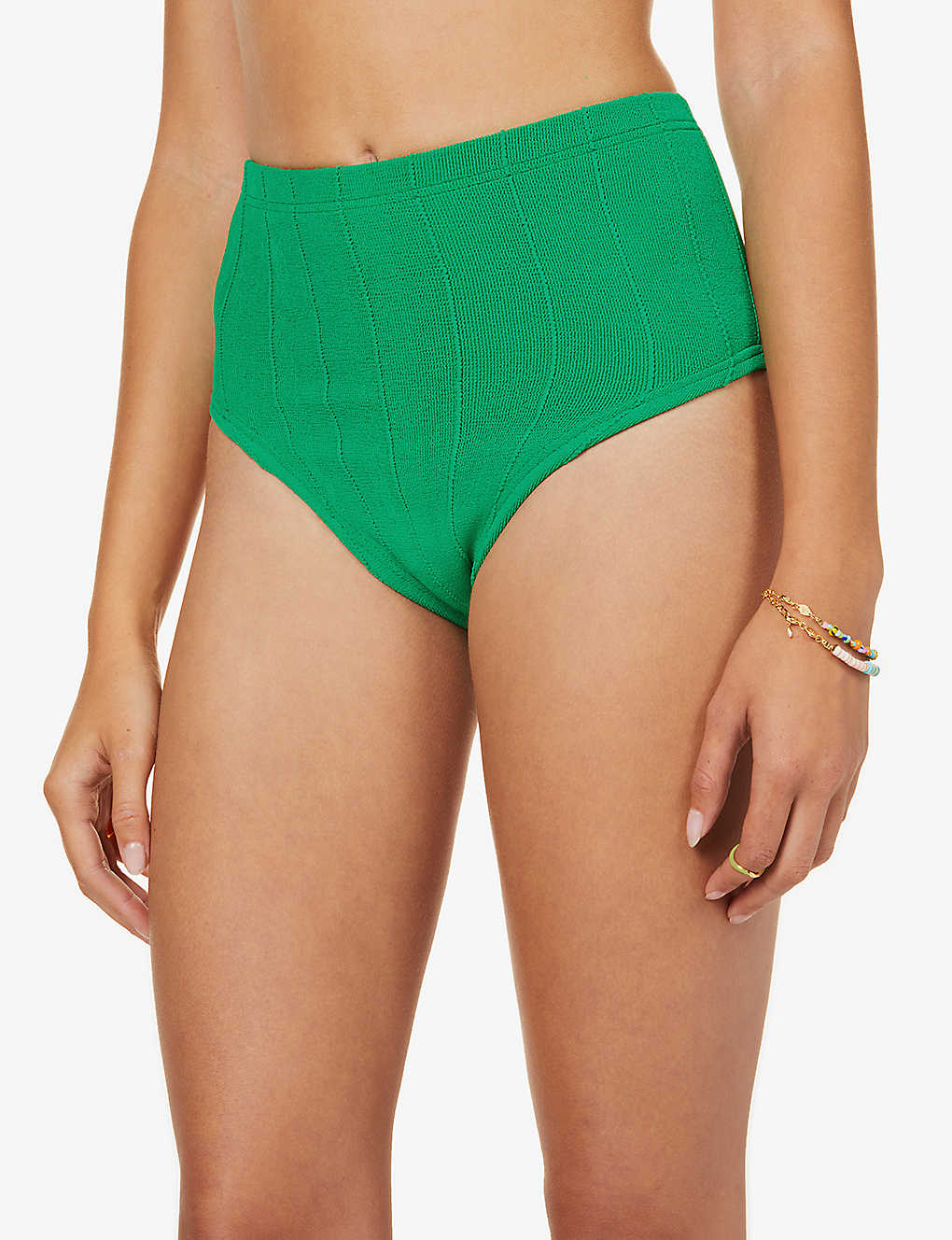 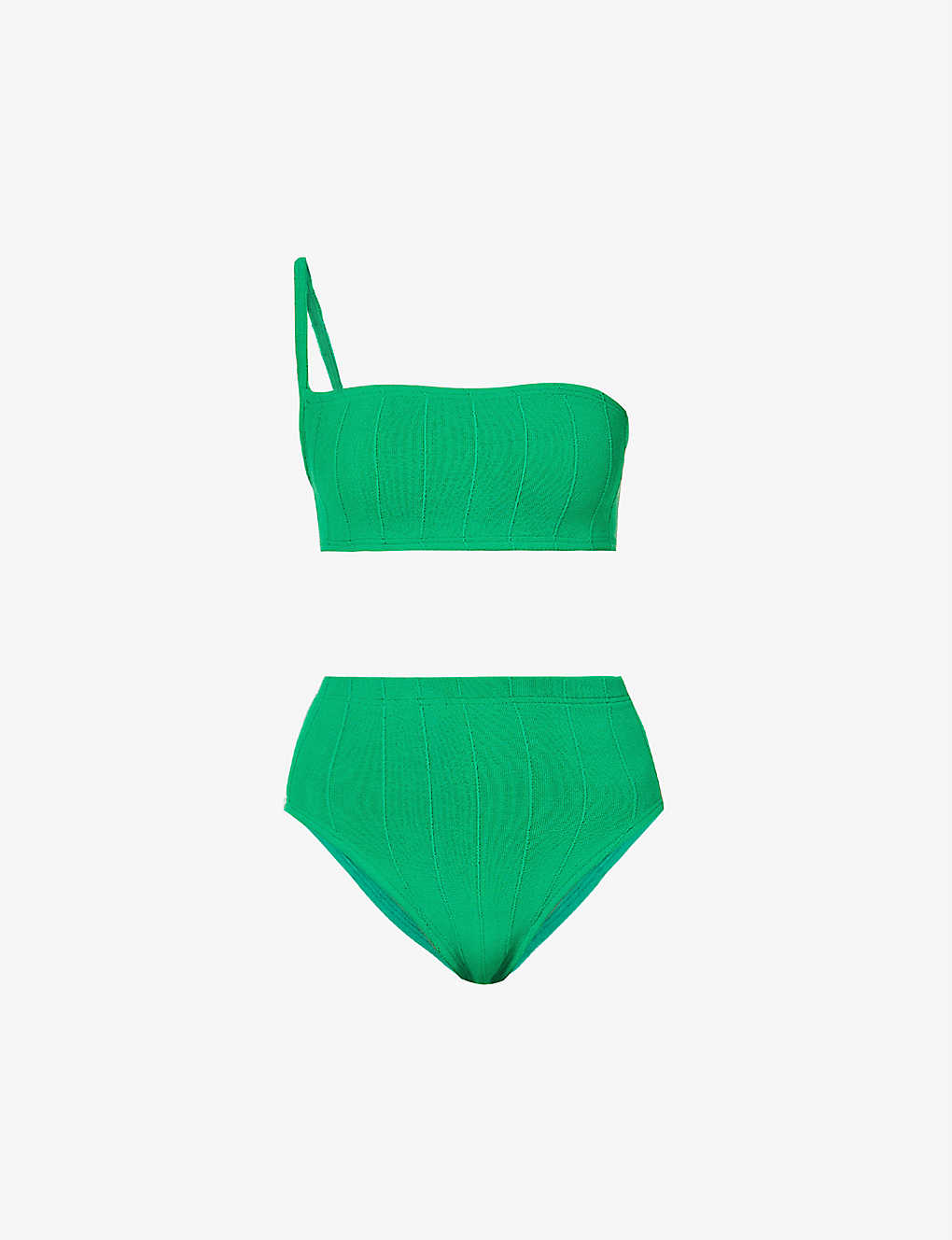 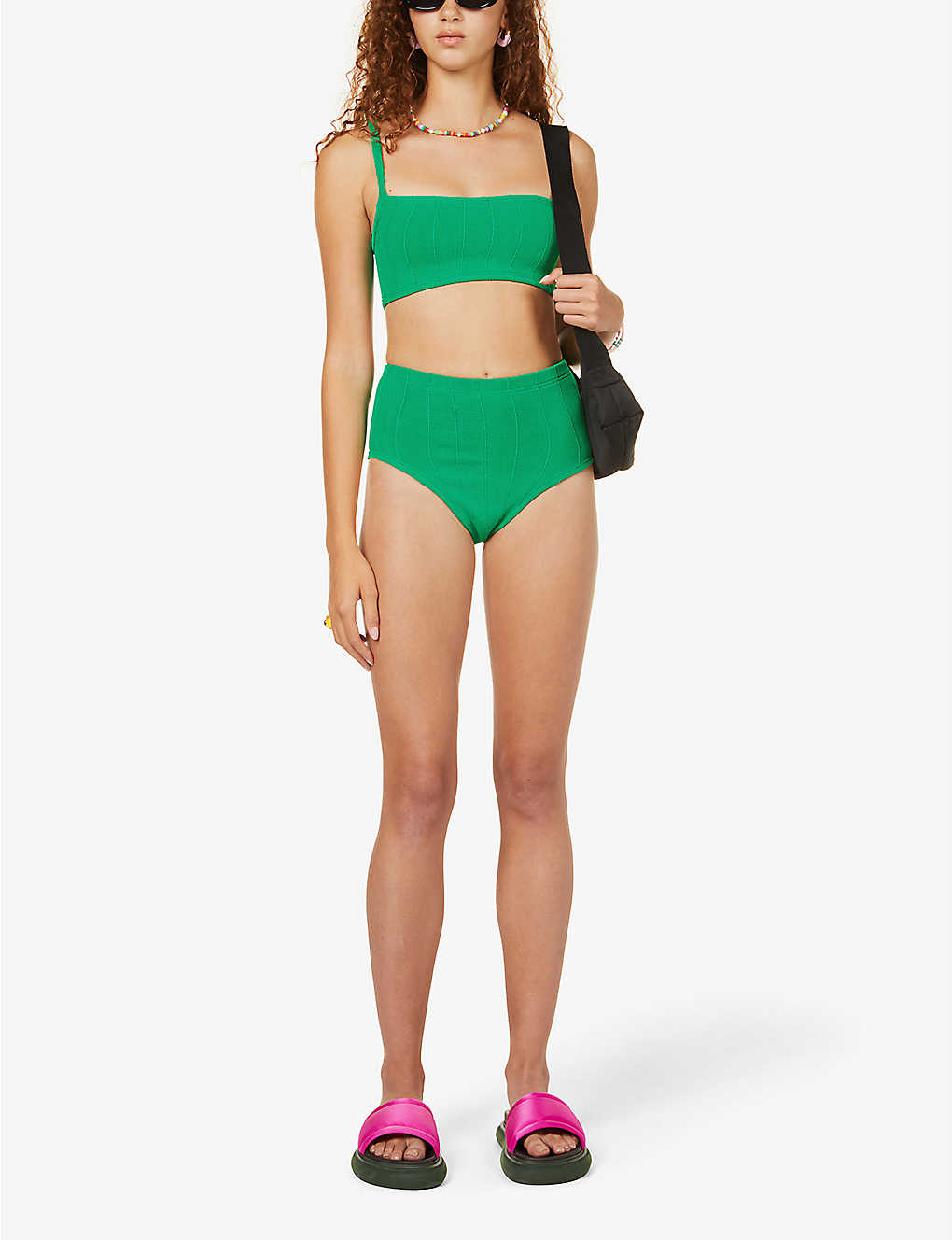 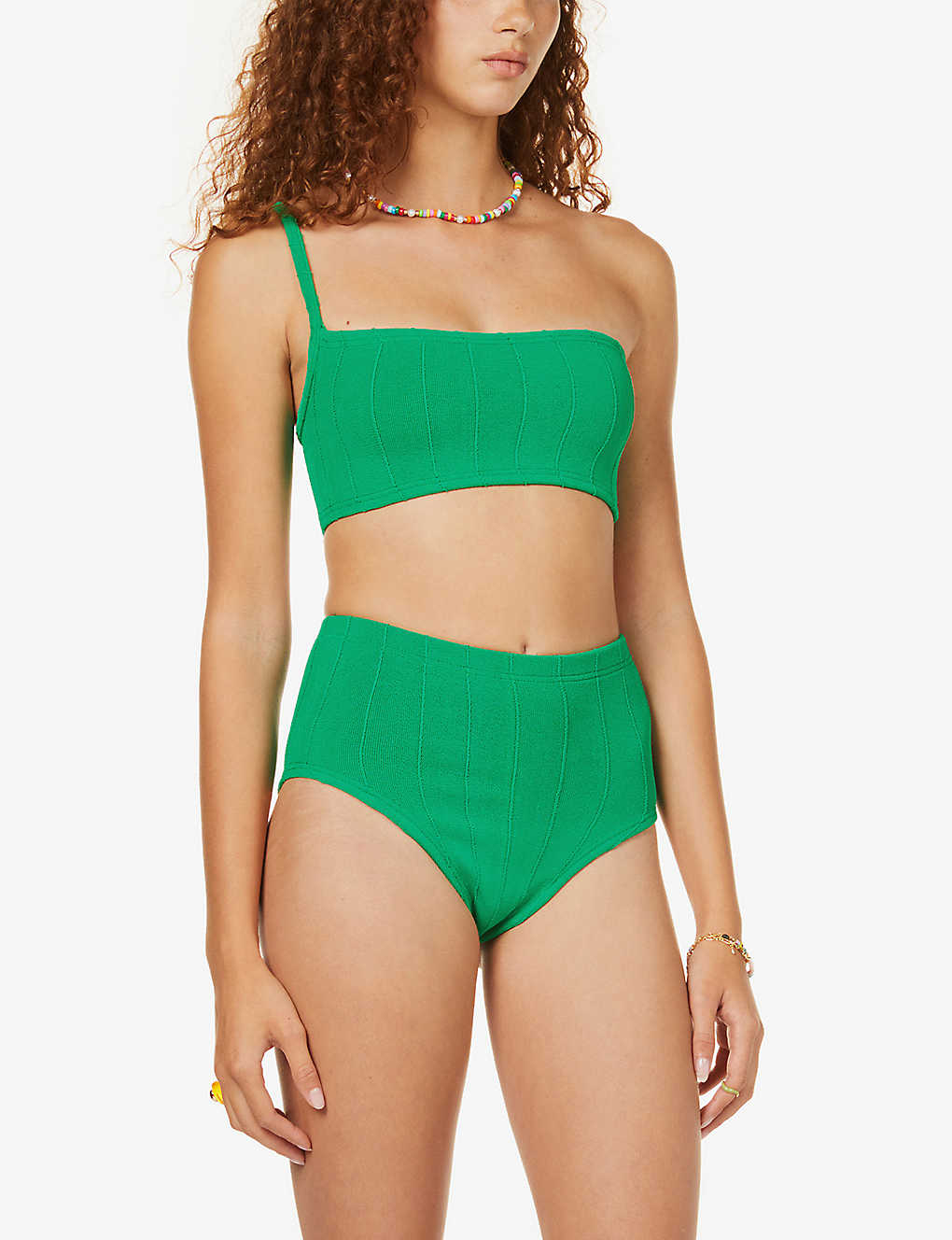 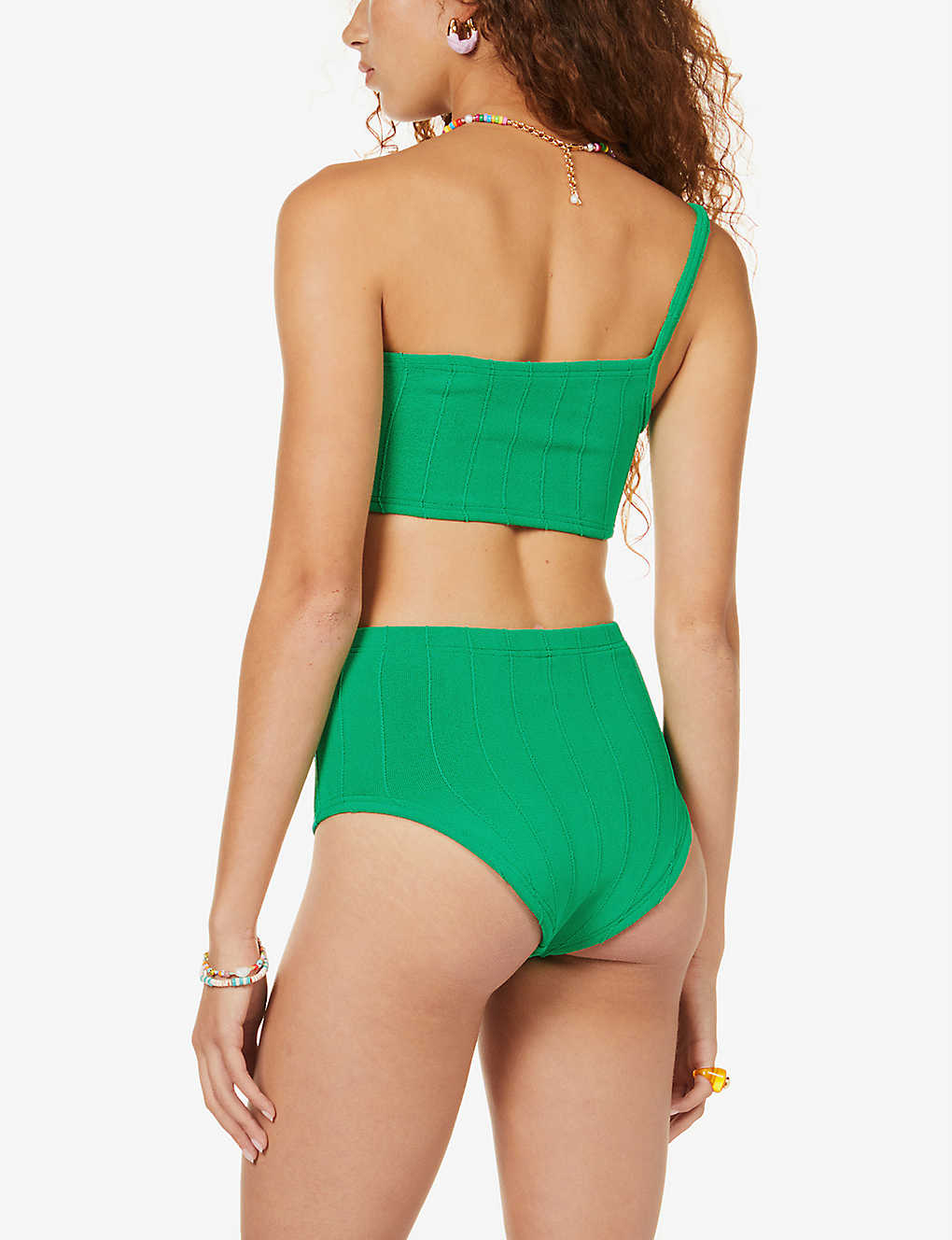 Originally founded in 1984, Hunza G was relaunched in 2015 when Georgiana Huddart became the Creative Director. The British label still keeps the 80s at its core, however, by fashioning striking silhouettes and using the signature crinkle-stretch fabrication– the very material that makes up the Maxime Nile bikini. Designed with era-enthused high leg bottoms and an asymmetric top, it's ready for your next sun-drenched holiday.