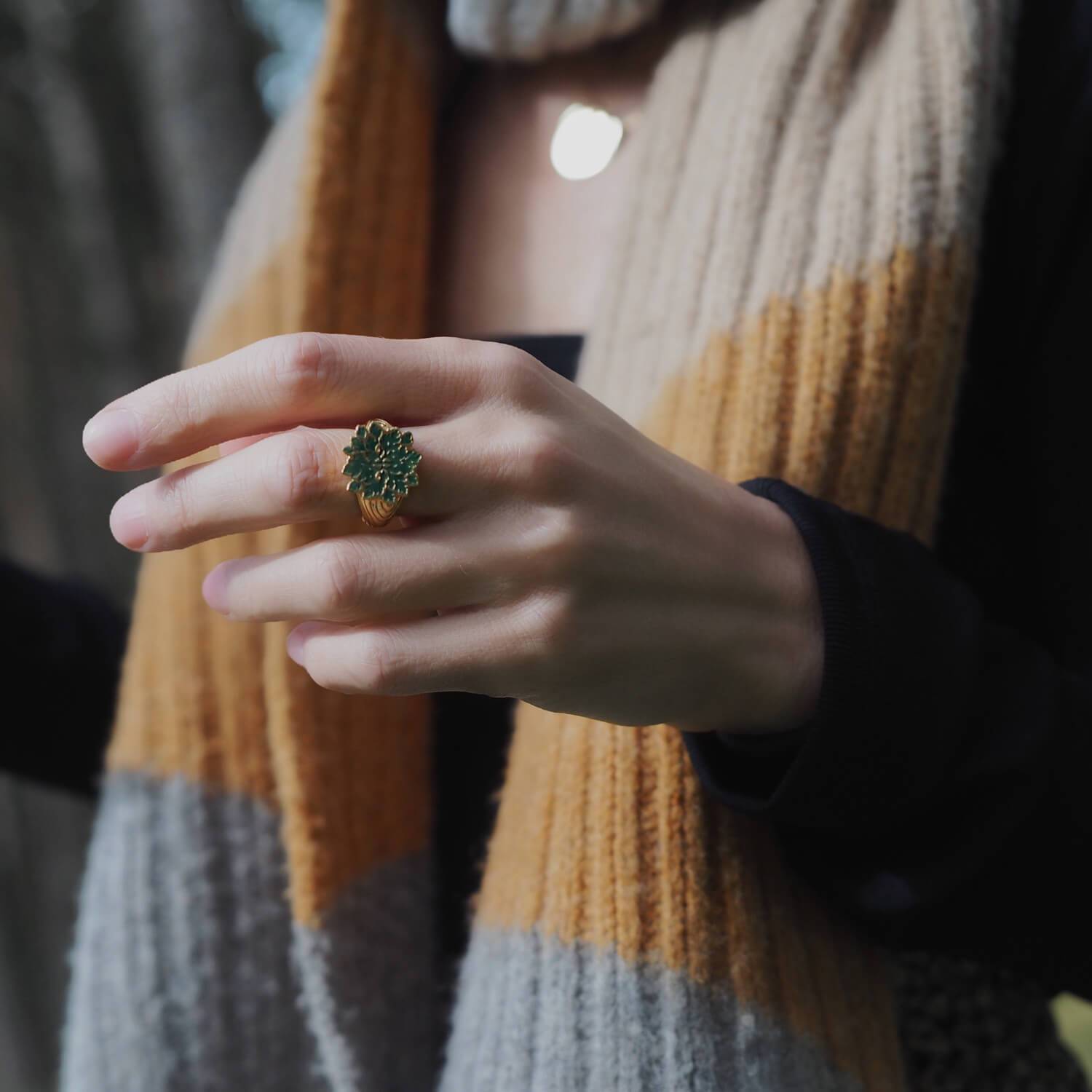 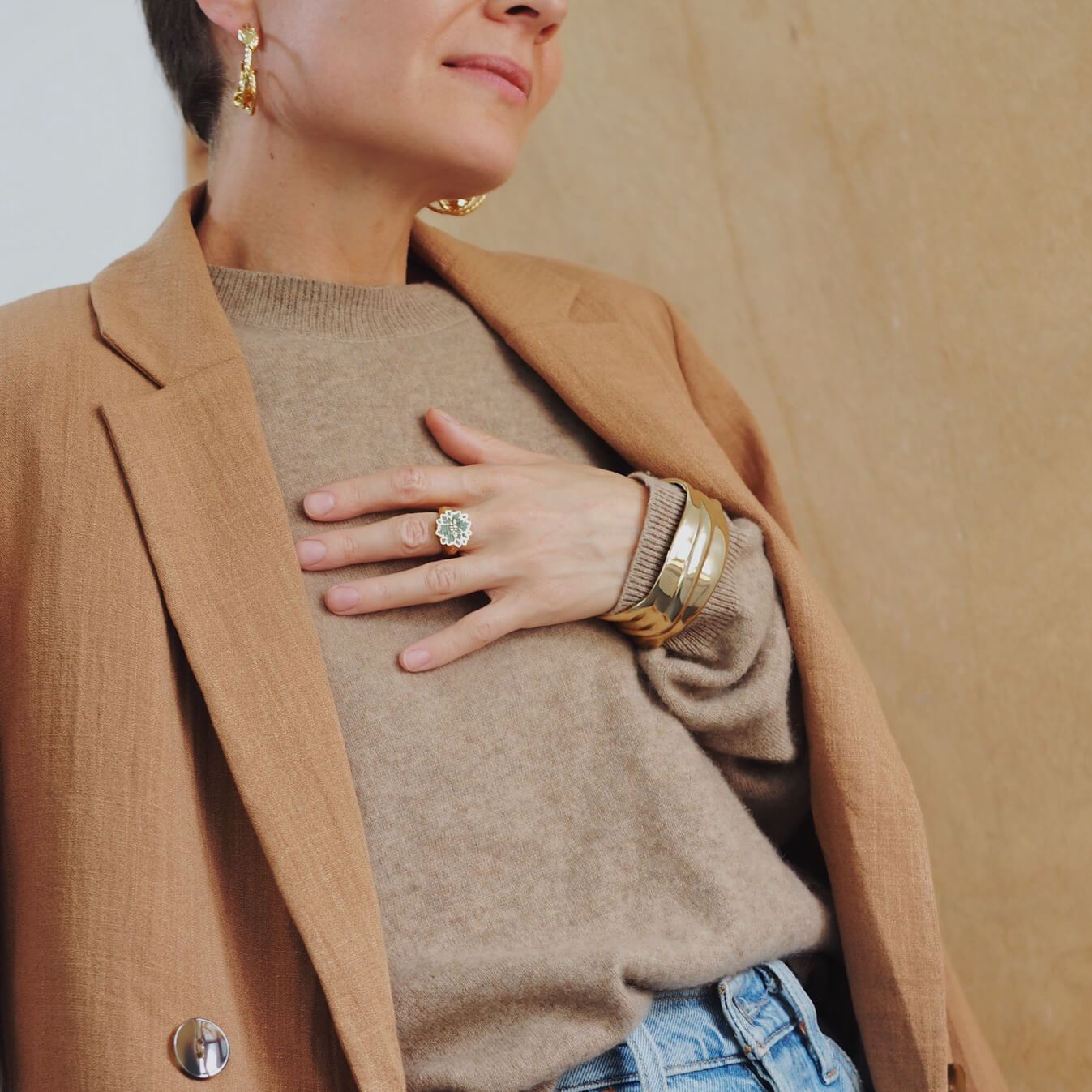 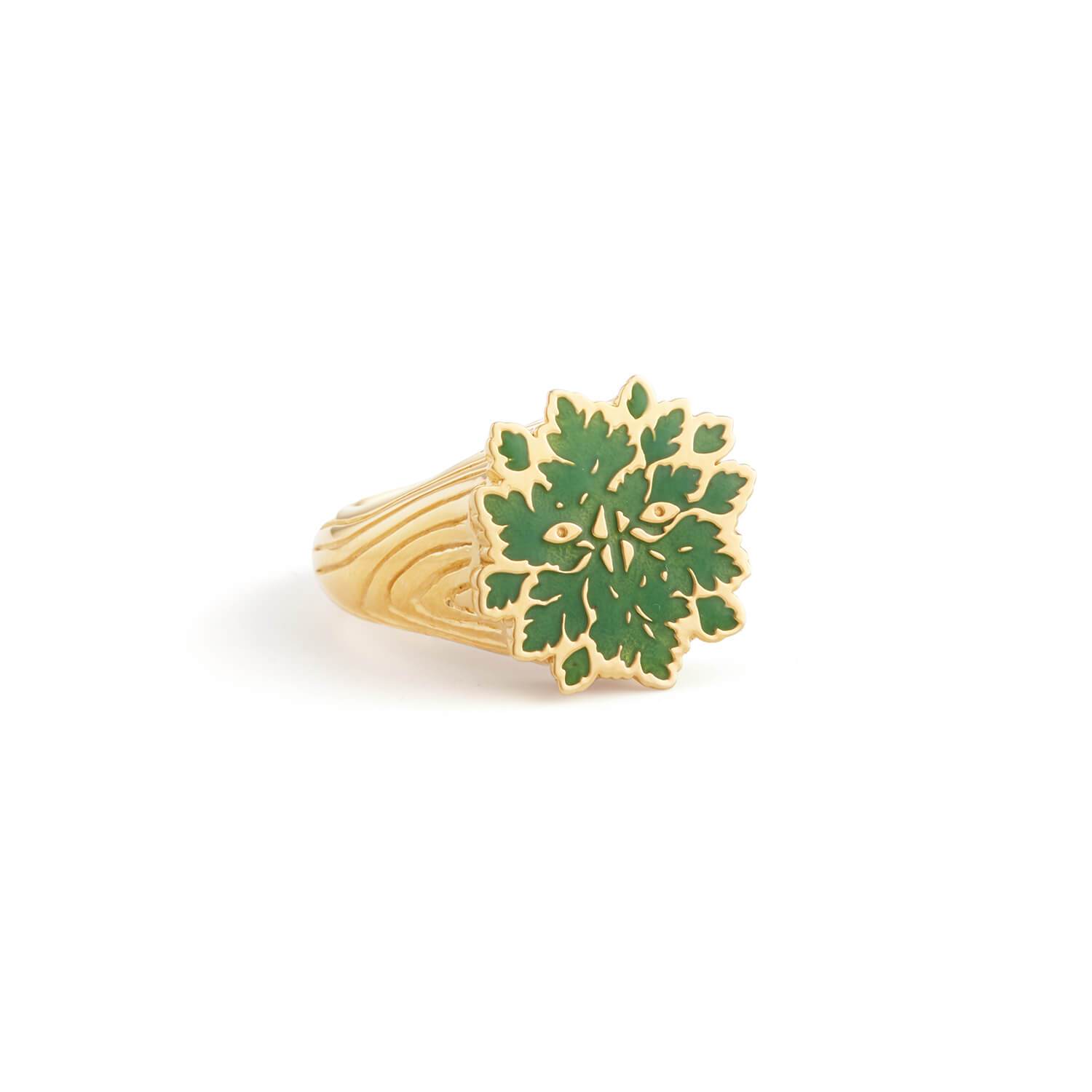 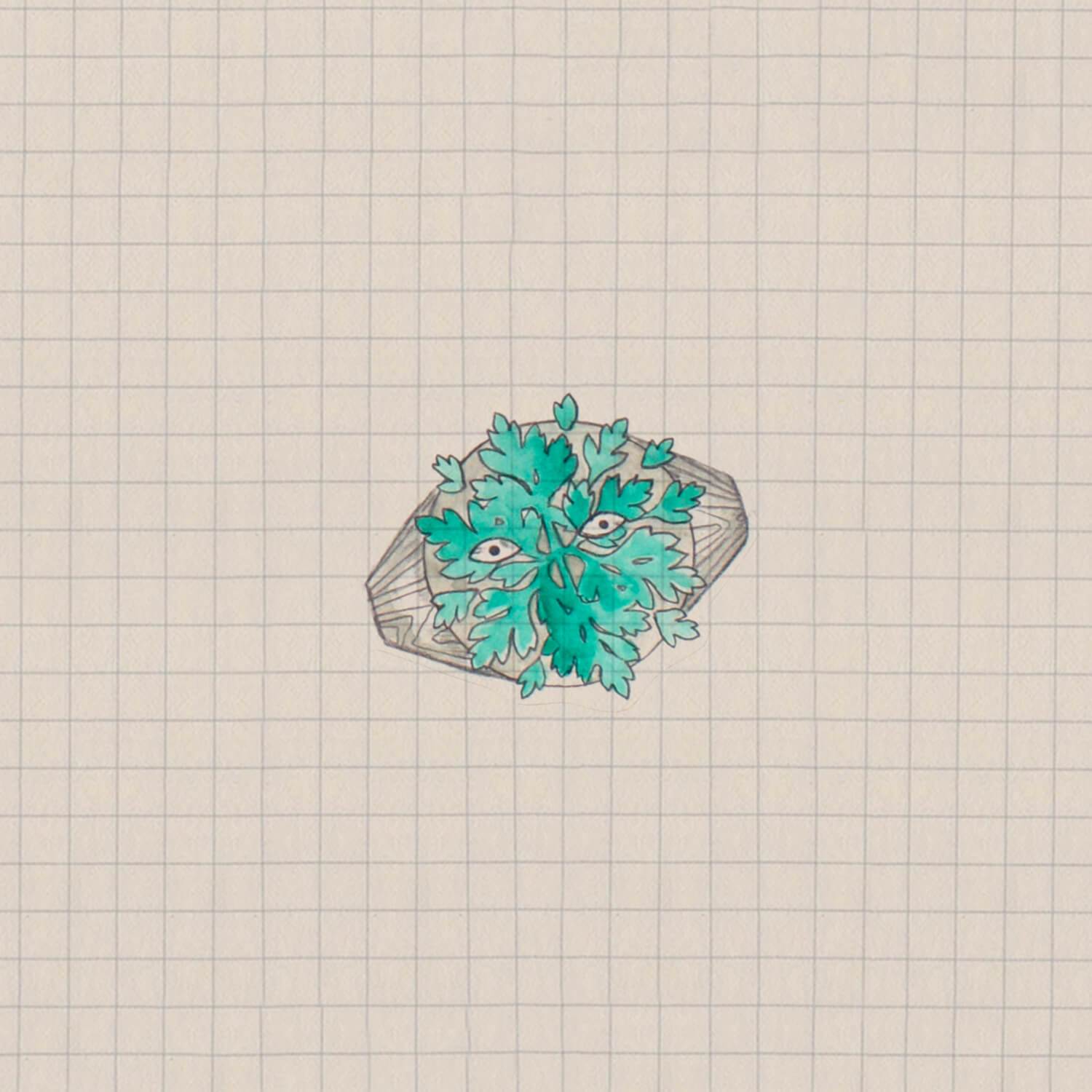 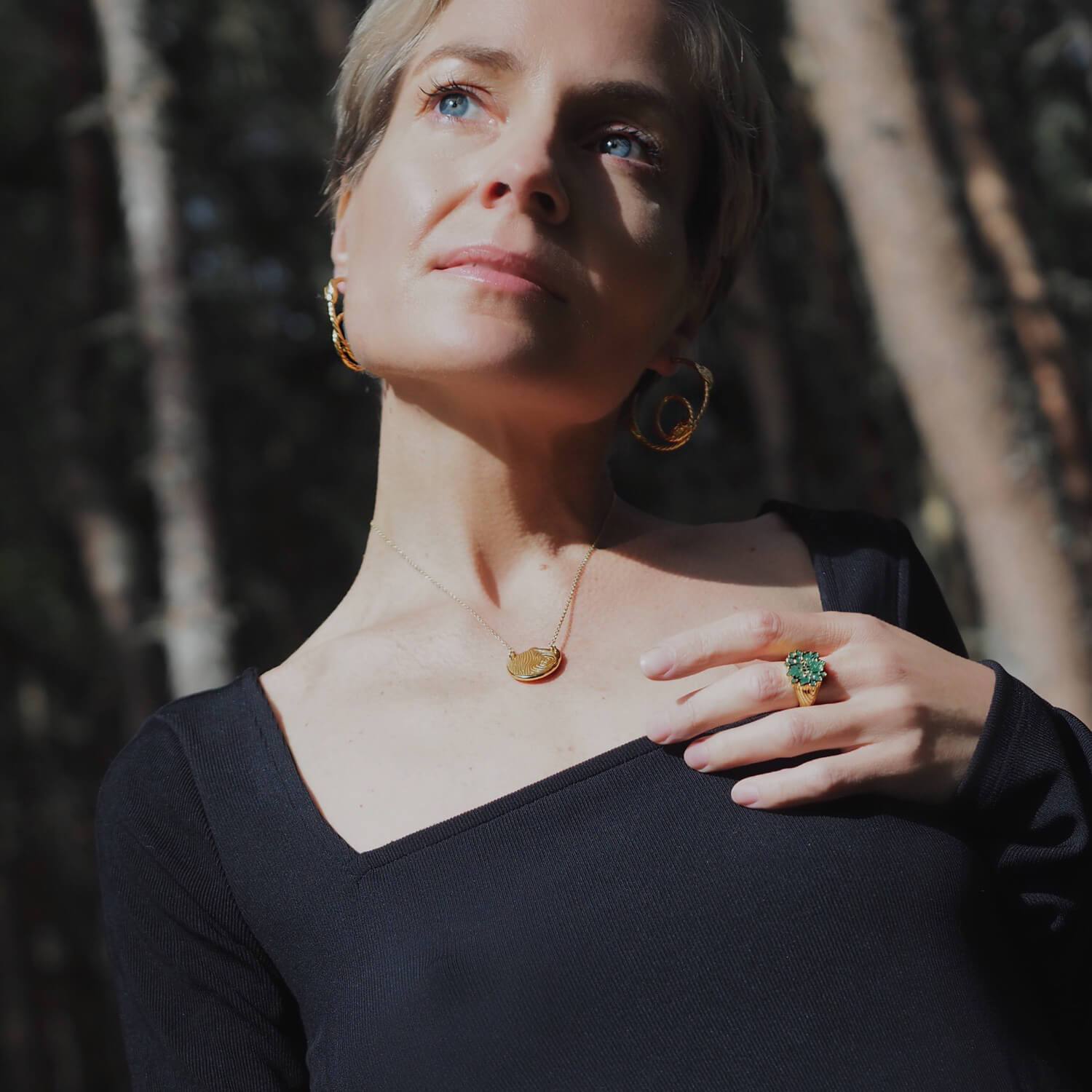 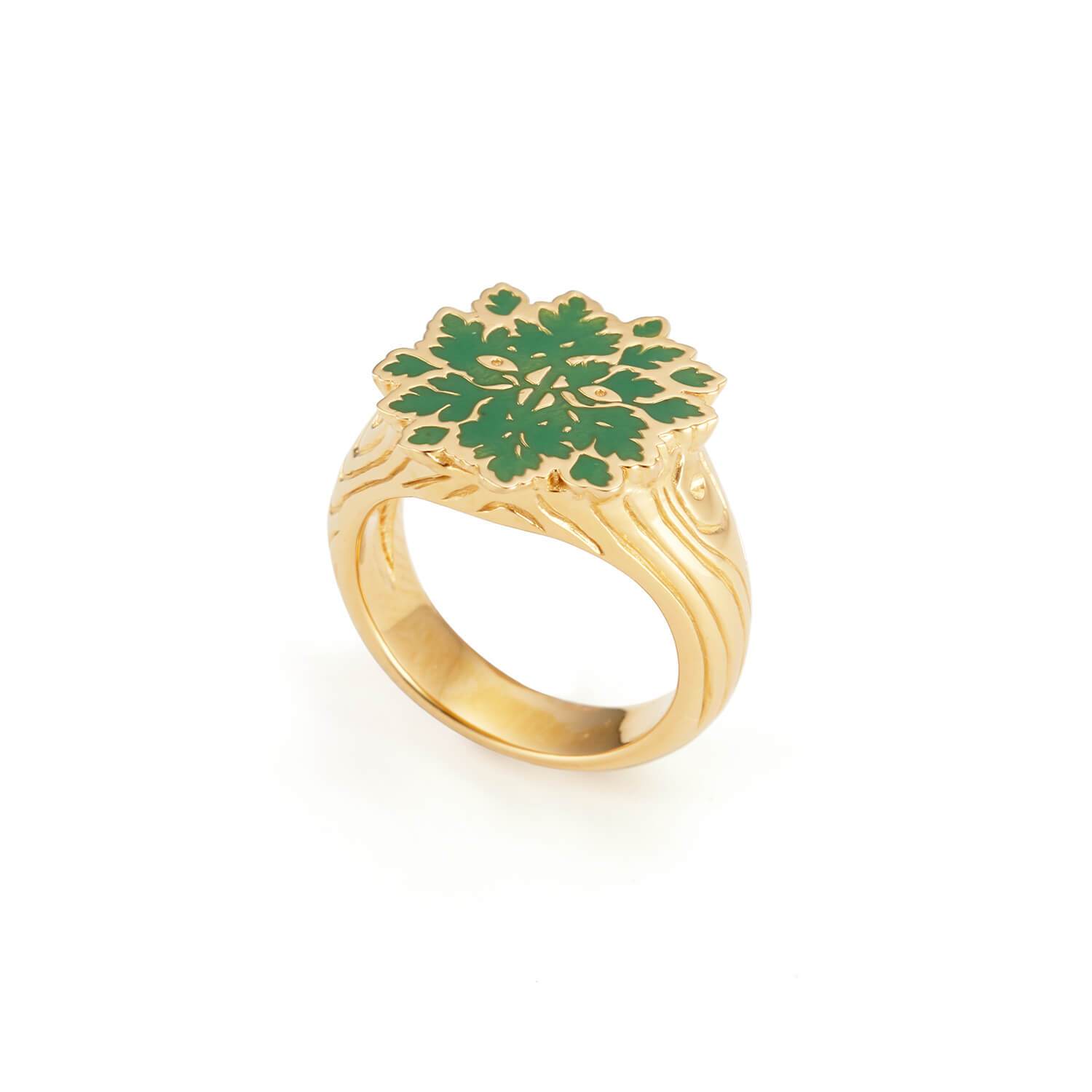 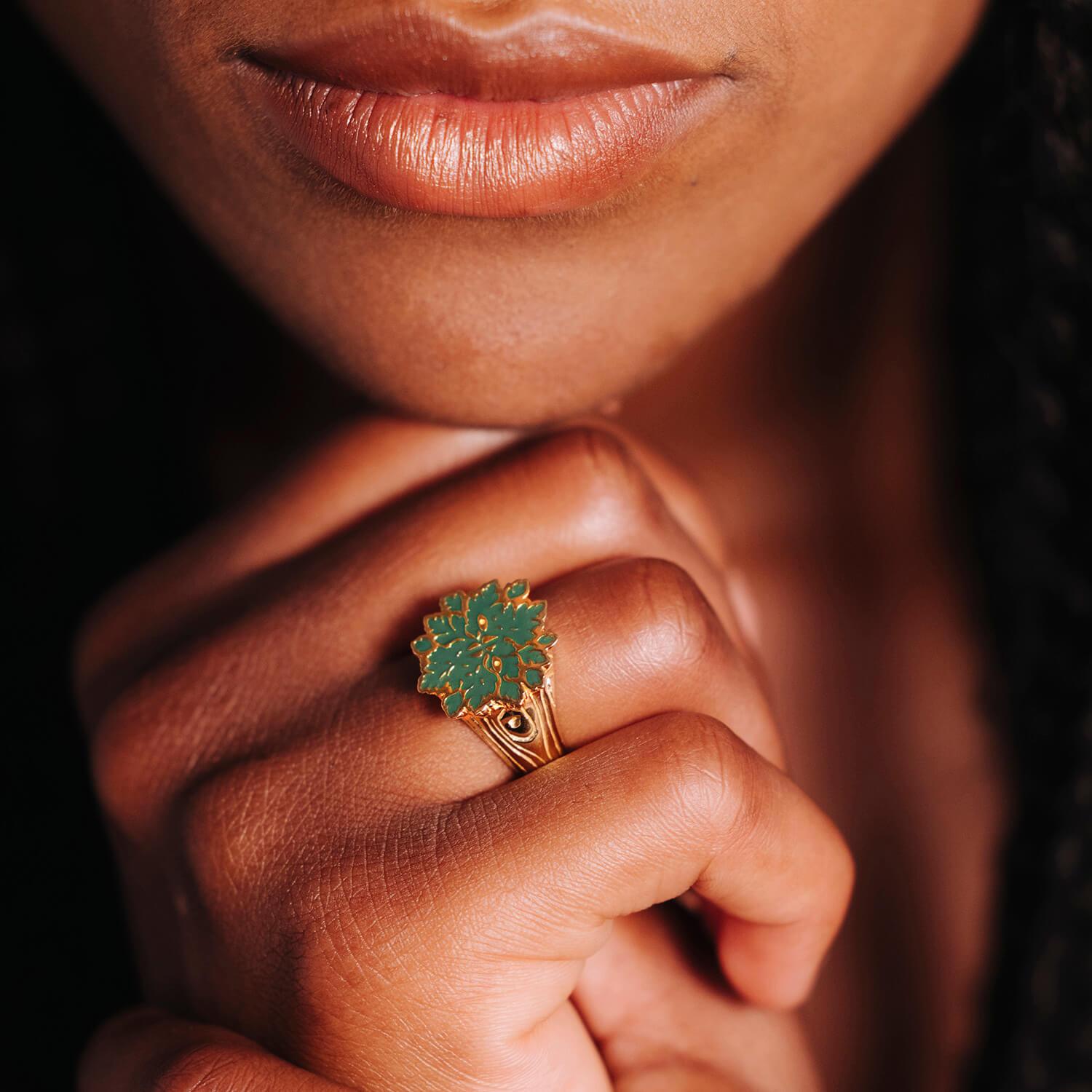 The Story of the Piece Look closely; there's more to the Lysander Ring than meets the eye. It's crafted in 18 karat gold vermeil with hand-etched patterns – and you may spot something unexpected nestled in the green enamel foliage. Just like magic. Also available in 925 sterling silver.

Designer French-Egyptian designer and jeweller Coline Assade is Motley’s second young designer collaboration, having graduated from Central Saint Martins and Sarabande. Her work draws on shapes and patterns found in nature, often with an otherworldly twist. Coline’s first collection for Motley conjures a magical world, where nature dominates and sprites run free. Coline is as inspired by human behaviour as she is by the magical world, and finds everyday eccentricities just as fascinating as the creatures she conjures from her imagination.

Fed up with settling for good-looking jewellery that would eventually break, friends Cecily and Ilana set up MOTLEY with one mission: to make the best design accessible to everyone. Every collection is created in collaboration with a top designer and crafted using the materials and techniques used in fine jewellery.